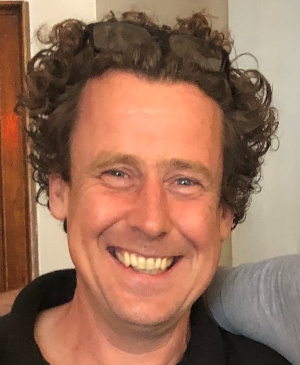 Born in Malton, Richard spent his formative years on the family farm in Gilling Valley. At the age of nine, his father taught him to weld, and he helped on the family farm. By the time he left for University in 1991, his affinity with nature, the environment and agriculture were developed.

After studying Design at York and Newcastle, Richard left Ryedale to set up his own company in Glasgow. The pull of Yorkshire was strong, and he relocated back to Yorkshire in 1995. His design and manufacturing company, in the heart of Ryedale, now employs 25 people.

In 2007, driven by his concern for the environment, Richard became Design & Construction Director at Land Energy. Land Energy are specialists in wood pellet production. Their mission is to help people decrease their carbon footprint and switch away from fossil fuel. Land Energy are one of the UK’s largest wood pellet manufacturers and use only sustainable UK FSC® timber.

The Torygraph newspaper was a daily breakfast table staple whilst Richard was growing up in Ryedale. No surprise then he grew up believing that all answers lay in a free-market economy.

Living in and around Glasgow, Richard felt a big disconnect with what he believed and what he saw. He remembers the moment that the scales fell from his eyes. Whilst visiting a Glasgow Tenement, he saw the terrible living conditions and remembers water pouring down inside walls. It was at this point he realised that people are not born equal and that a free-market economy is not the answer.

Richard’s vision is to support local businesses, large and small, as well as tourism and regenerative agriculture, in what will be a massive transition towards a zero-carbon economy.

Richard was elected Green Party Candidate for Thirsk & Malton in October 2020, also taking on the role of Membership Officer.

A lot of people say, “I’m not into politics.” But politics is into us. To be disengaged is not to be politically neutral. It is to be swept along by the prevailing currents. We have a democratic duty – to ourselves and others – to learn all we can, and to act on this knowledge.” GEORGE MONBIOT